Work with M&C Saatchi as their Senior Event Producer to deliver a successful media event to launch Huawei’s new P30 phone in Australia.

Amy facilitated a media launch event for over 400 media, partners, influencers and celebrities at The Calyx in the Royal Botanic Gardens, Sydney. This major launch event featured a unique light installation titled ‘Southern Lights’ illuminating the skies of Sydney. Lasers and haze mimicking the ‘Northern Lights’ or ‘Aurora’ were projected while Peking Duk performed for guests. The aim of the evening was to showcase the power of the P30’s camera and zoom, with guests encouraged to take photos using the impressive P30 camera to #rewritetherules of photography.

Amy managed all pre-production of the media event working with over 12 suppliers, produced the launch event and was the show-caller on evening, liaised with talent and senior Huawei staff and managed the post production of the event.

Over 400 guests attended the launch party. This attendance exceeded set KPI’s. Feedback was hugely positive with guests in ore of the light installation, event location, set up and entertainment on the night. 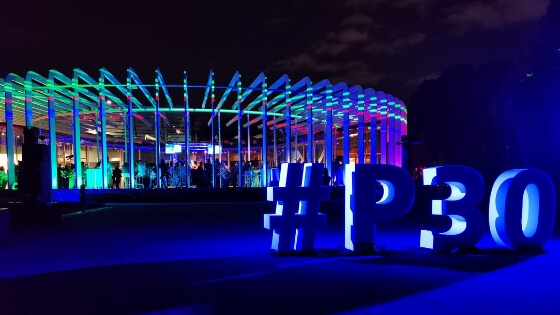